Diving into how Promesa uses the language of game engines and films to portray memory November 28, 2020 Games 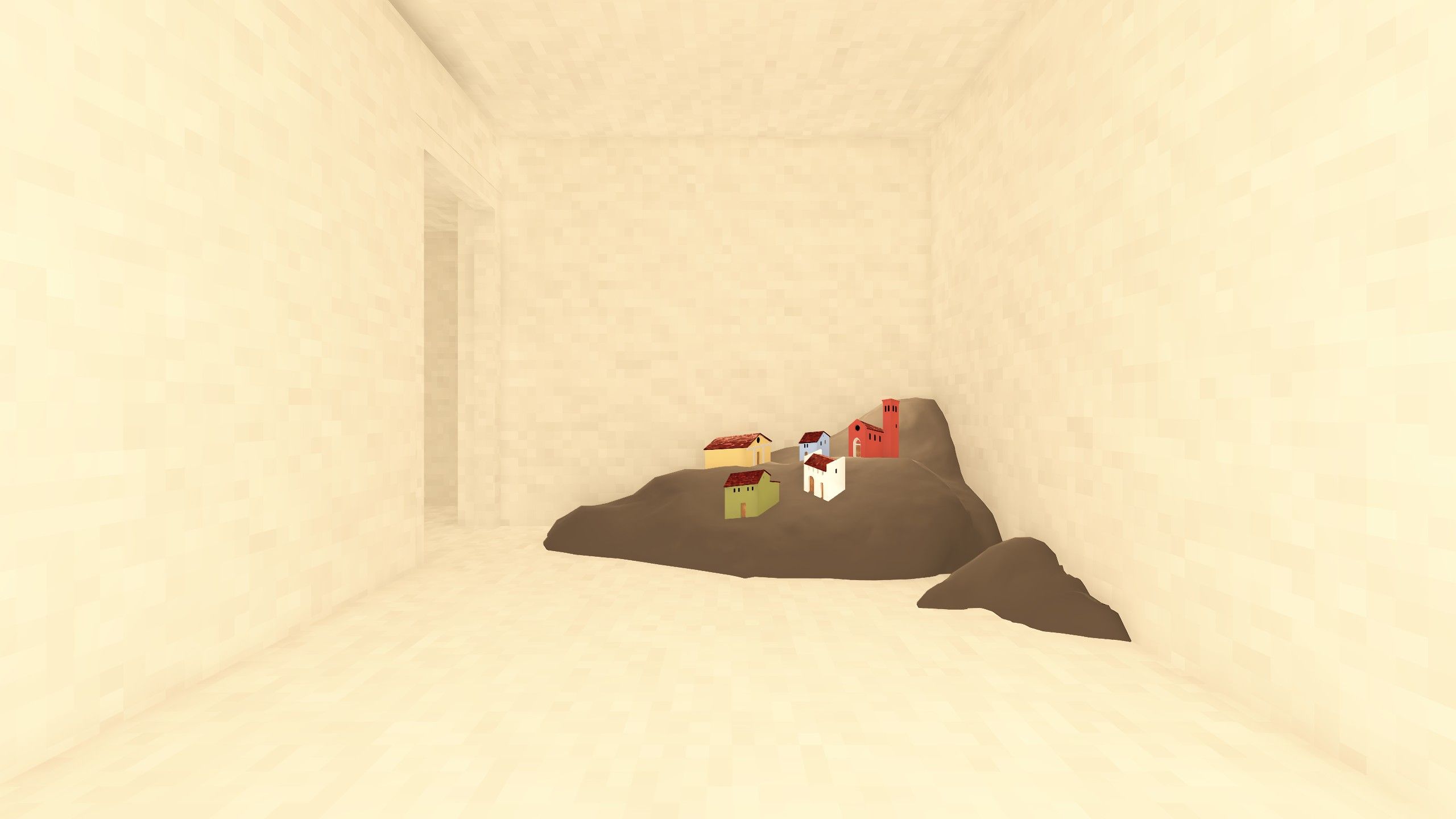 What is the substance of a memory?

Like a dream, Promesa starts… somewhere. Silently remixing itself each you press play, your start point in Promesa is determined only by the logic of a random number generator. It’s easy to be disoriented, but the simple nature of the game (largely, move forward) means you’ll eventually find your bearings. And too, like a dream, as you explore and move through Promesa’s spaces, answers to all of the above appear become both clearer and more distorted with time.

This initial ambiguity is key, as the procession of Promesa’s scenes play like an interactive exploration of the Kuleshov effect: The meaning of each new scene gains contextual resonance based on what came before and what may follow. But more interesting here is that the ultimate arrangement of a given playthrough doesn’t matter. 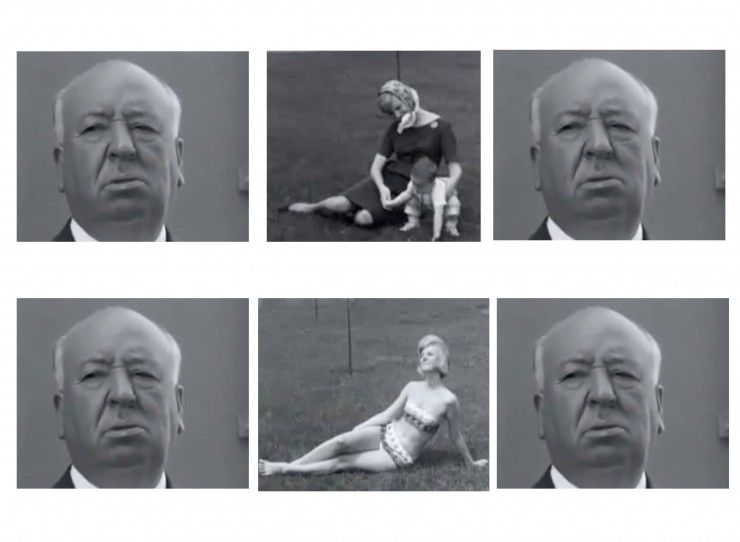 The Kuleshov effect is often described in relation to a handful of scenes that occur in the same space of time, but most films have ~1250 shots. No matter what order you put those individual shots in, they are likely to tell a similar story, albeit with some permutations doing a better job than others. Promesa gets at this same idea, but with a far more economical 16 scenes, played through in batches of ~11.

The rearranging that happens in Promesa is also as much “the point” as the content of the scenes themselves. Constantly recomposing, reframing, and remediating, the material of Promesa’s scenes bleed into each other other; objects, sounds, and lights all overlap and puncture the consciousness of a given scene, making appearances in places that seem at time dissonant with the object itself and in other times perfectly normal. Scenes gather meaning as the total accumulated gestalt of the material of Promesa comes into focus, but individually exist as fragments that we slowly traverse. 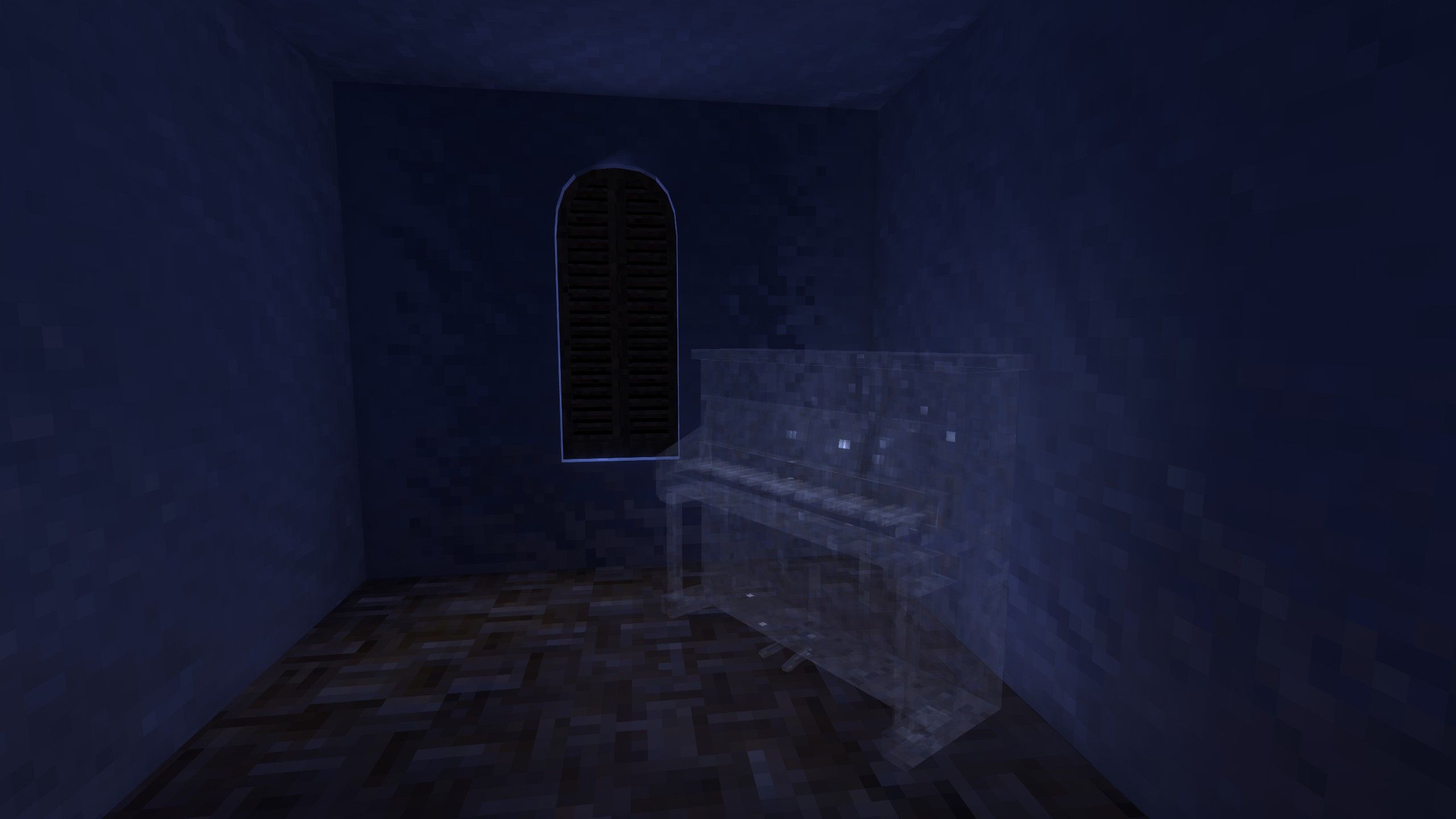 As the past gets thrown around in the sands of time, objects like a piano, a computer, a table and chairs cease to be tied to the places they “belong” and instead move through in a morass of other memories, making themselves present in other places and spaces where they think they should go, not where they necessarily were as first remembered.

In this, Promesa feels informed by films in the best way. Instead of trying to invoke the highs of the best action films for “cinematic” spectacle, its looks to more sublime works that themselves focus on the nature of memory, time, and place. I couldn’t get Apichatpong Weerasethakul out of my head for a lot of Promesa’s duration, especially as the recurring motif caves as portals in Promesa heavily mirrors the idea and physical significance of the cave present at the end of Weerasethakul’s Uncle Boonmee Who Can Recall His Past Lives. 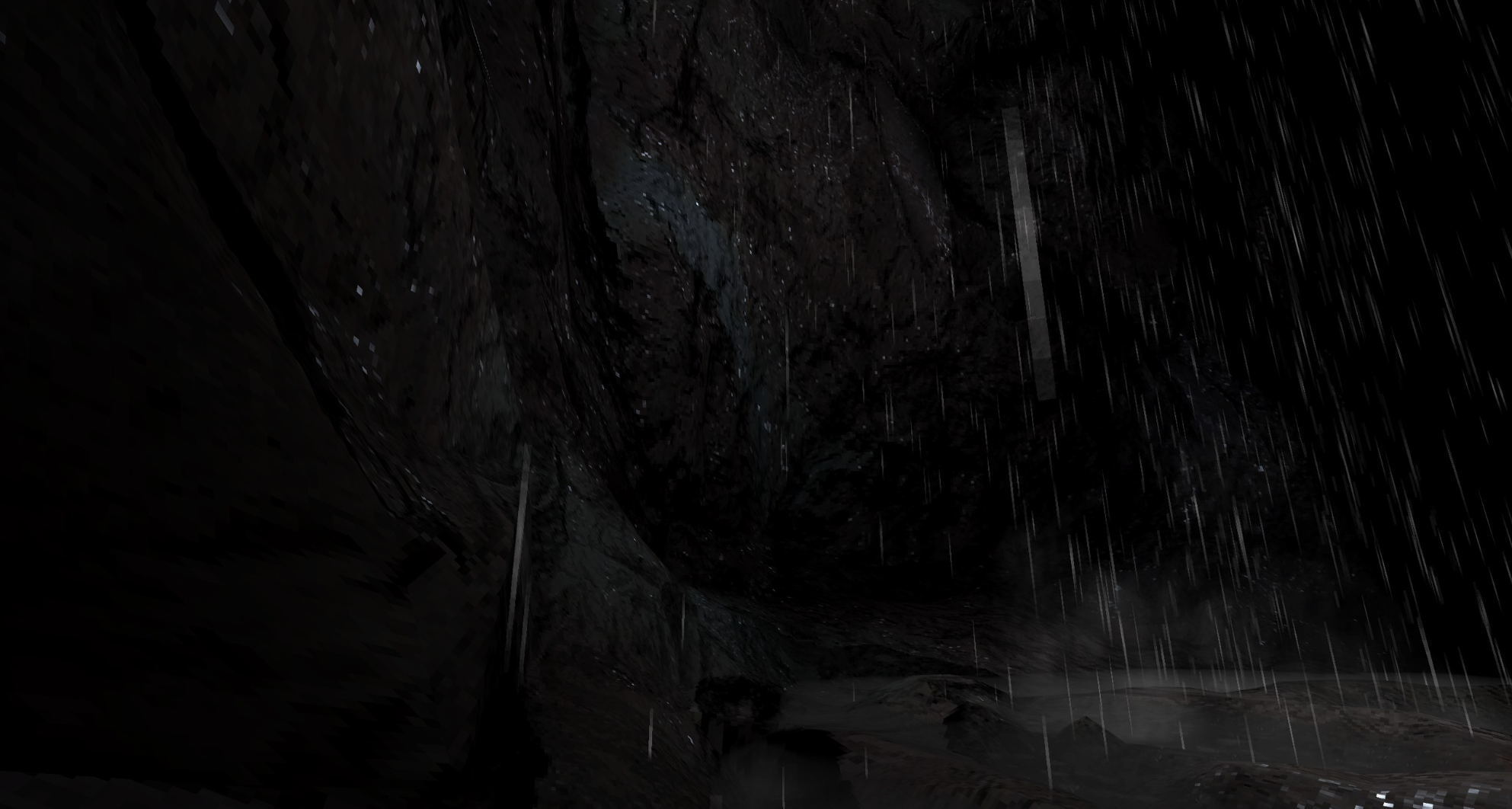 From Uncle Boonmee Who Can Recall His Past Lives: 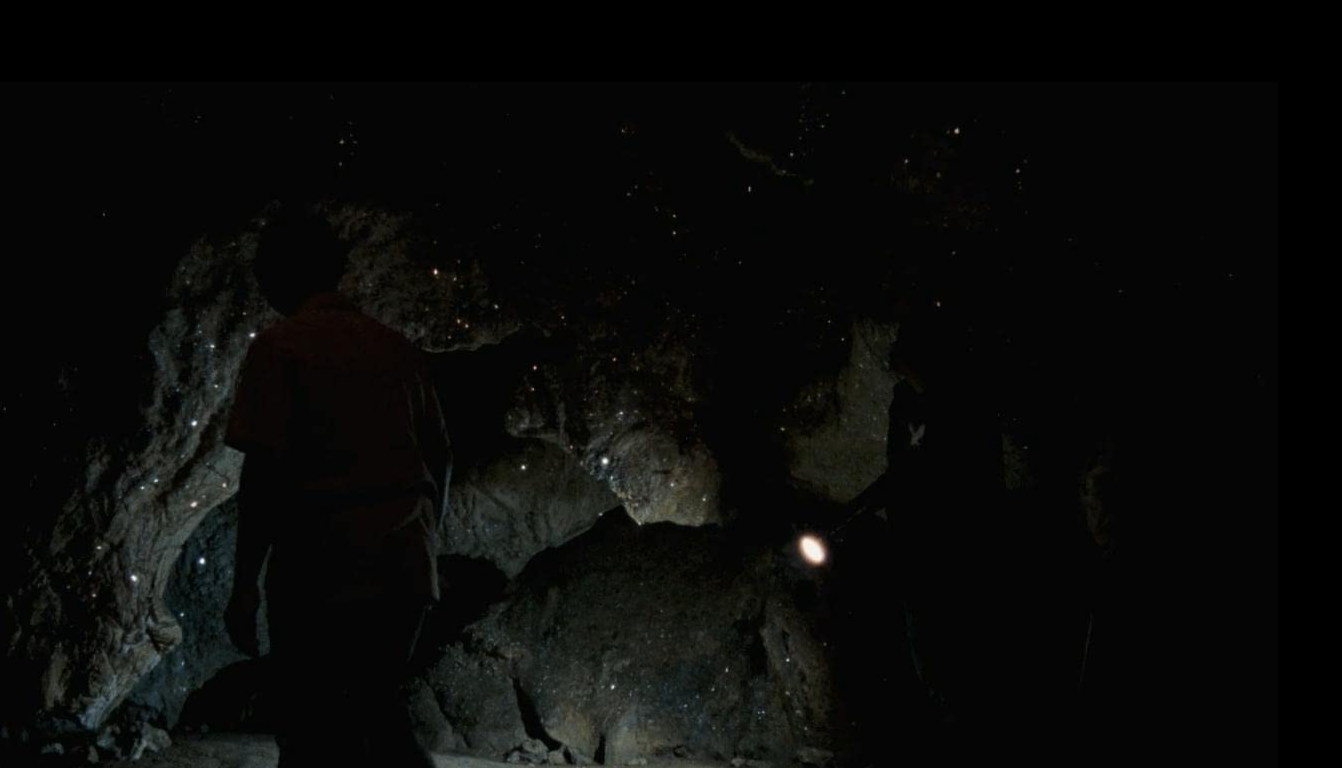 In both pieces the cave is the connecting tissue between worlds, or even aspirational states. Promesa uses caves as these transitory zones, connecting the boundaries of memories together and letting them flow into each other.

There’s also strong parallels to Bi Gan’s Long Days Journey Into Night, a film obsessed with the tension of and burden of memory. Promesa, itself a 45 minute experience with no save points, mirrors both structurally and visually Long Days’ climax, a nearly hour long shot that features a character descending, as if by magic, onto a local town square to confront his past and imagined future while walking the streets. 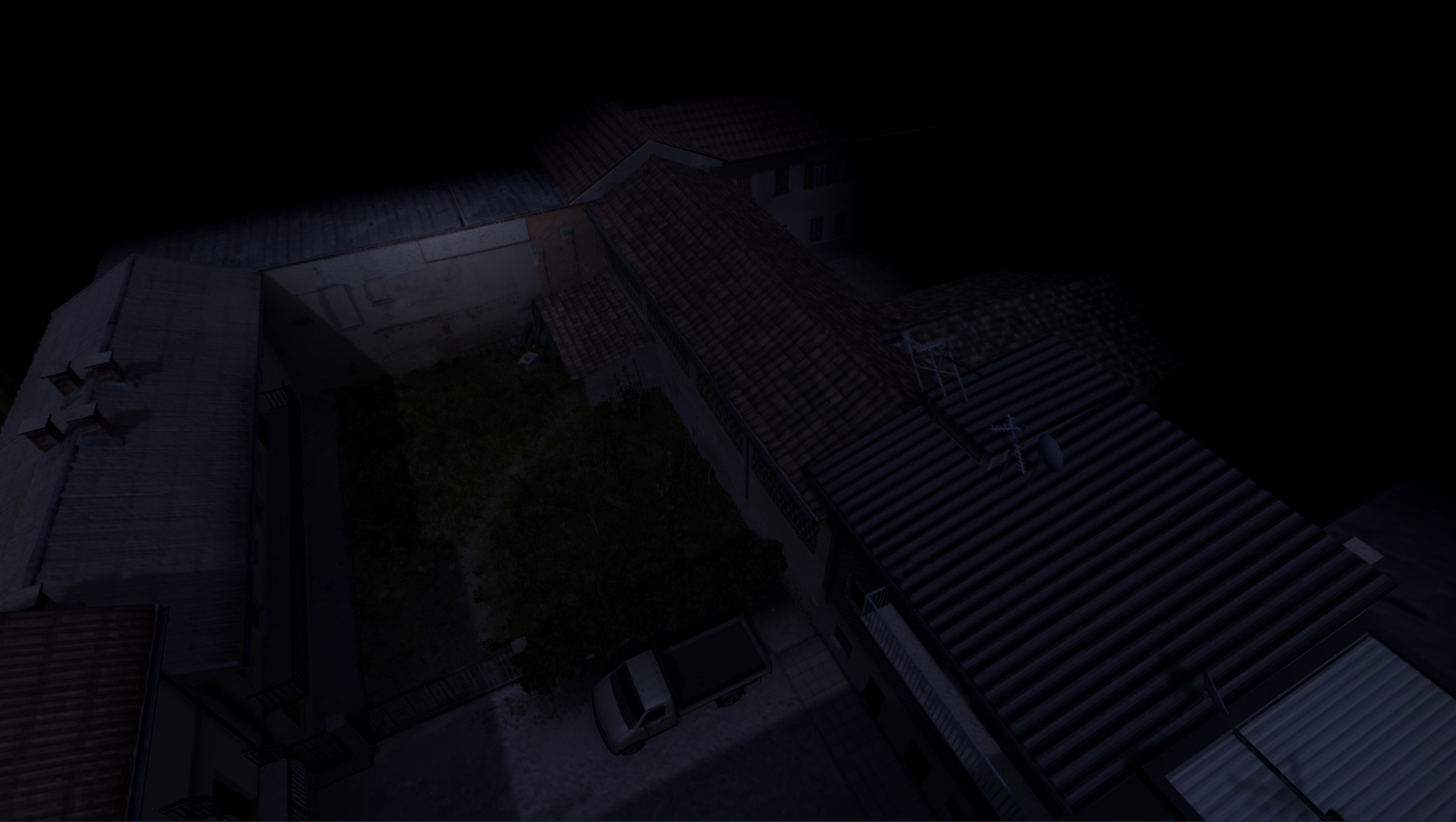 From Long Days Journey Into Night: 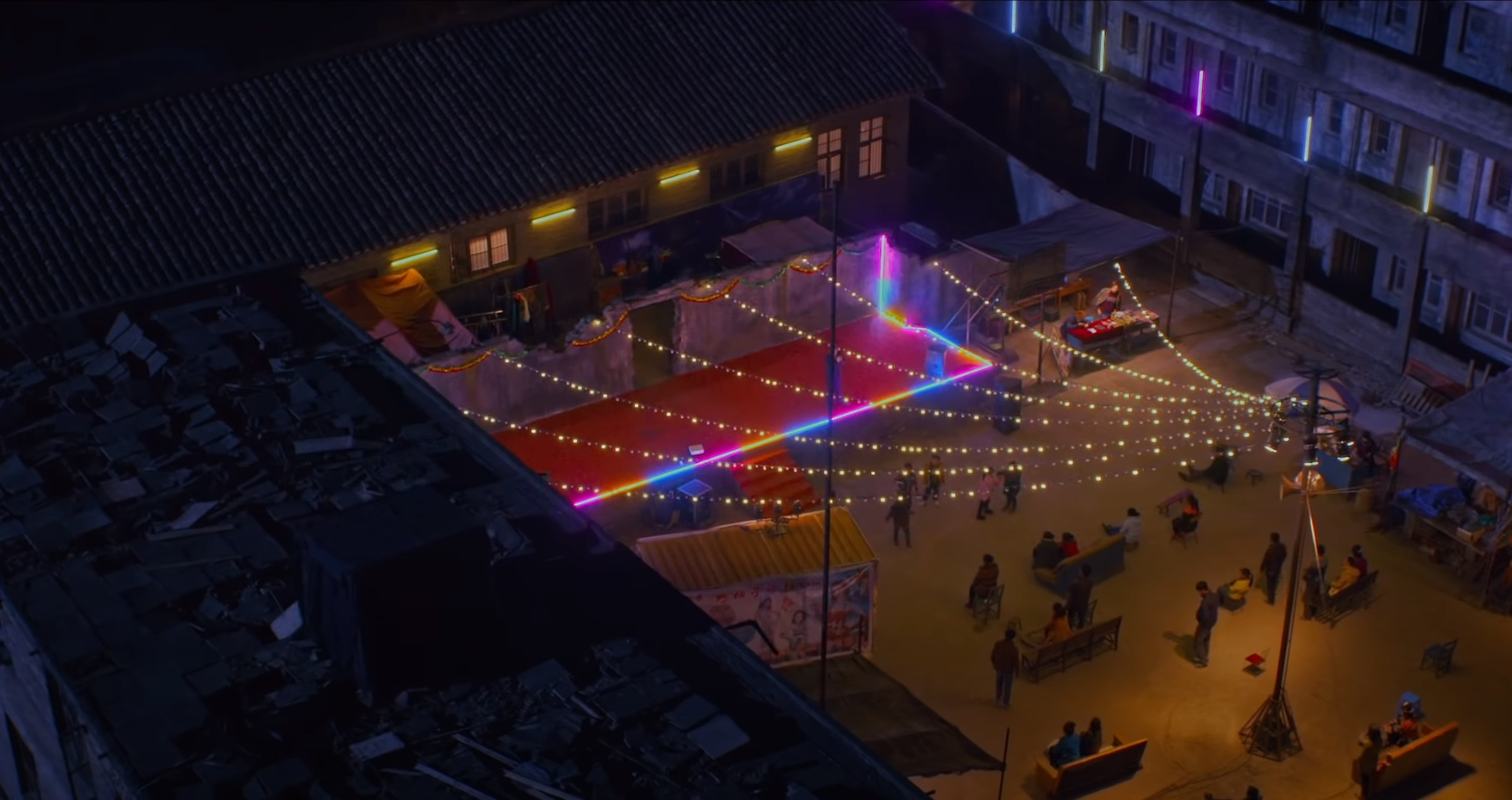 Like the films it references, Promesa holds the notion of memory not as something to be conquered and structured, but something that is defined by its diminutive viscosity. It disintegrates upon inspection, but at a distance congeals.

This isn’t to say Promesa is abstract or even aimless — instead Promesa, maybe more than any game I’ve ever played, exhibits a total confidence both in itself as an object and in the player as thinking person. There are no signposts (literal or metaphorical), no voiceovers, no audio diaries, no “environmental storytelling”. There is some text that proceeds scenes (taken from a conversation between the creator and their grandfather) that provides a loose framework for the game, but Promesa otherwise totally eschews the conventional trappings of what it means to “tell a story in games” and instead looks to the characteristics of digital objects themselves as the medium through which to deliver a narrative. 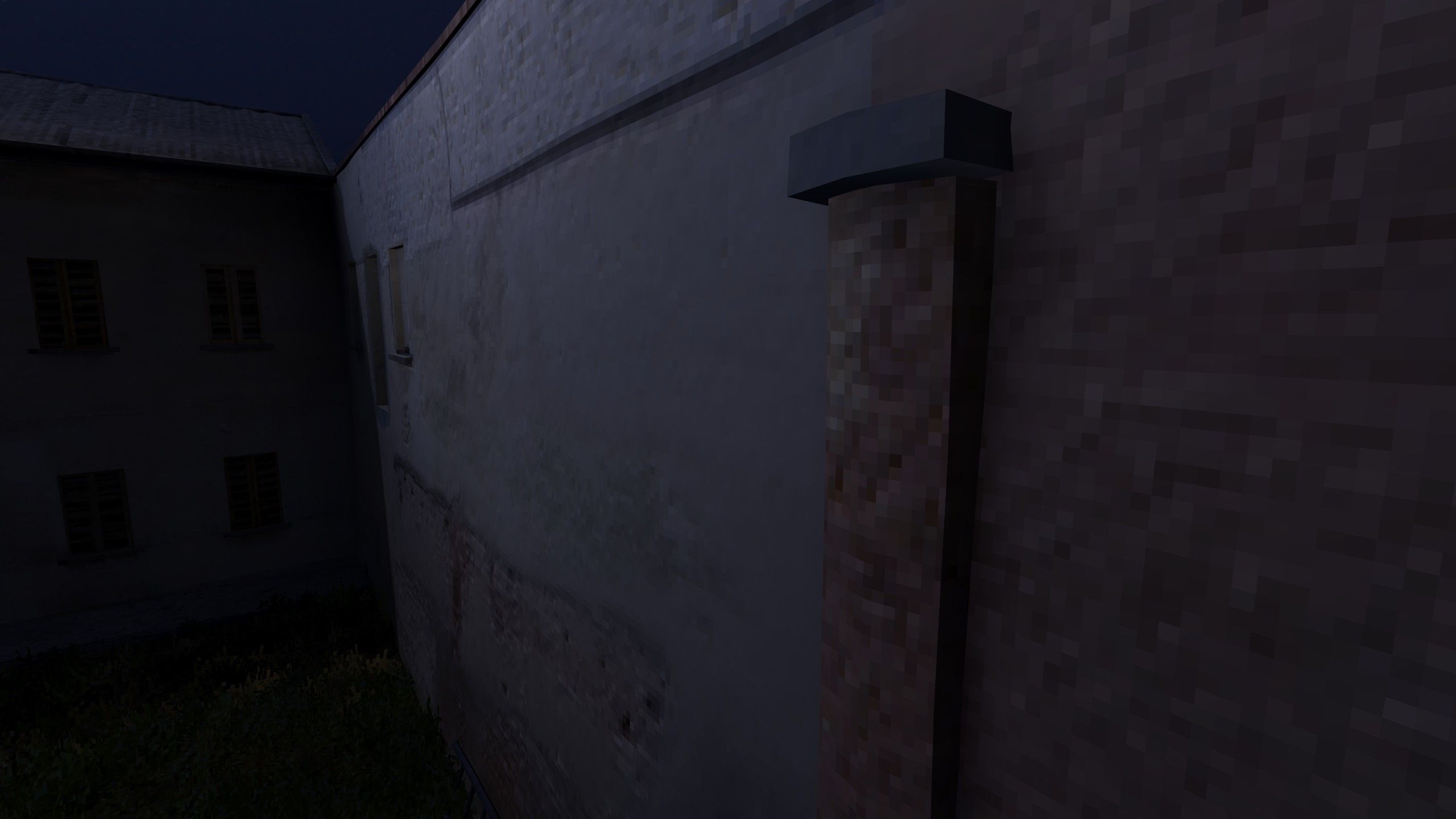 Things like mipmaps, lightmaps, object LODs, texture resolutions, etc. become the substance of the narrative itself, moving from their assumed position of a means to end and instead the medium through which an exploration of the nature of memory unfurls.

My central idea in constructing the world of [Please Say Something] was to prove that something totally artificial and unreal could still communicate emotion and hold cinematic truth. The film makes no effort to cover up the fact that it is a computer animation, it holds an array of artifacts which distance it from reality, which tie it closer to the software it came from. This idea is in direct opposition to all current trends in animation, which take the route of desperately trying to look real, usually by realistic lighting and rendering, or by forcing a hand-made or naïve appearance.

Promesa takes it a step further to suggest that the material of the artifacts is the point. Instead of trying to hide behind of something conventionally beautiful, it treats a game engine’s affordances as a memory creation tool kit. The photoreal, in Promesa’s vision, represents “perfect memory” (and as such is rarely deployed) and on the opposite end something more crass, poorly lit, or even amateur represents the idea of a “weaker” memory. 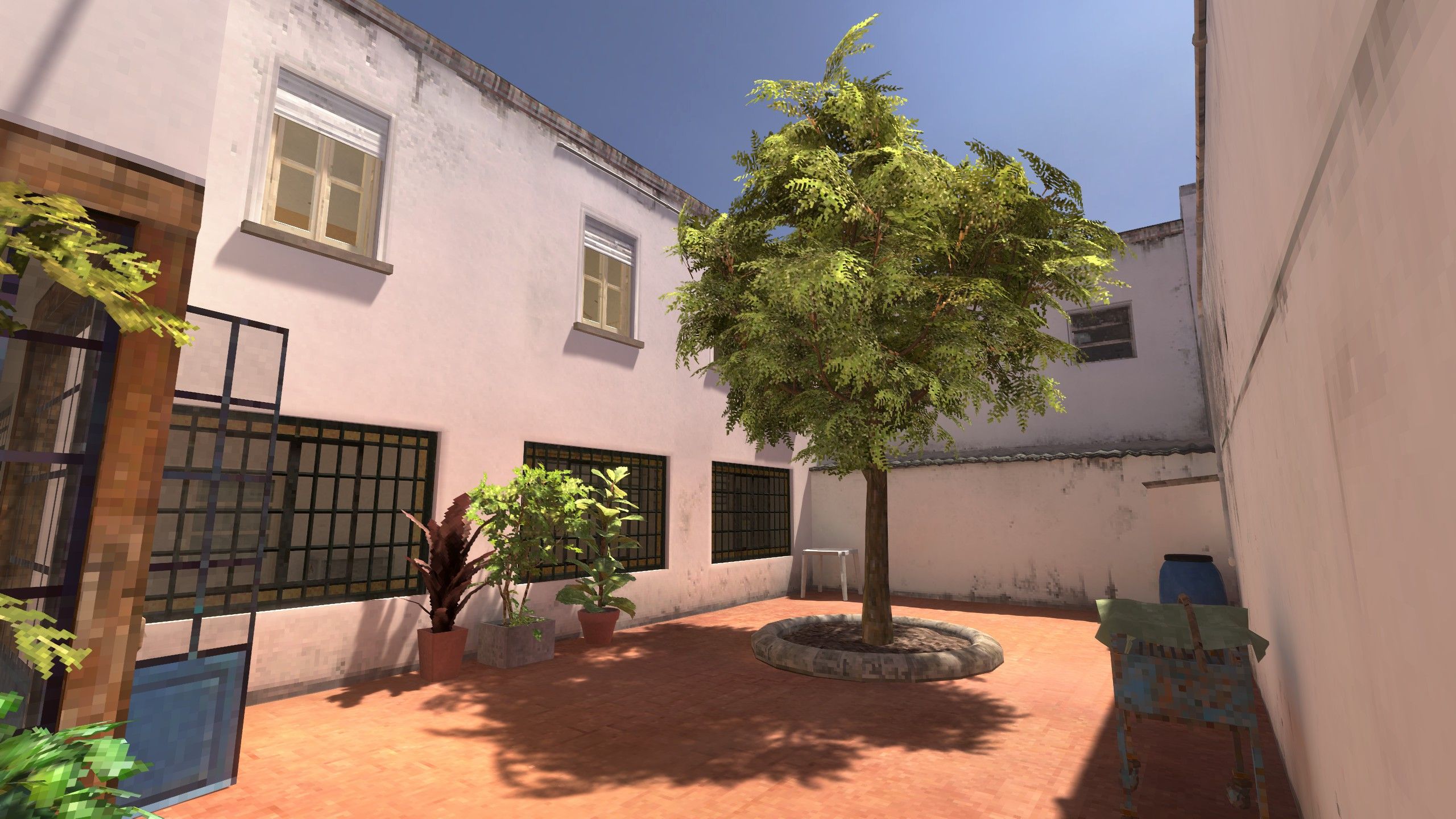 Promesa swings through the these modes. At times your character seems to “fully exist” in the world. You walk around with a familiar weight and speed, hear footsteps as your feet touch the ground. The textures of surfaces of the game seem crisp, but as you move closer devolve into pixelated versions, with the structure and stuff of this memory literally showing its seams. 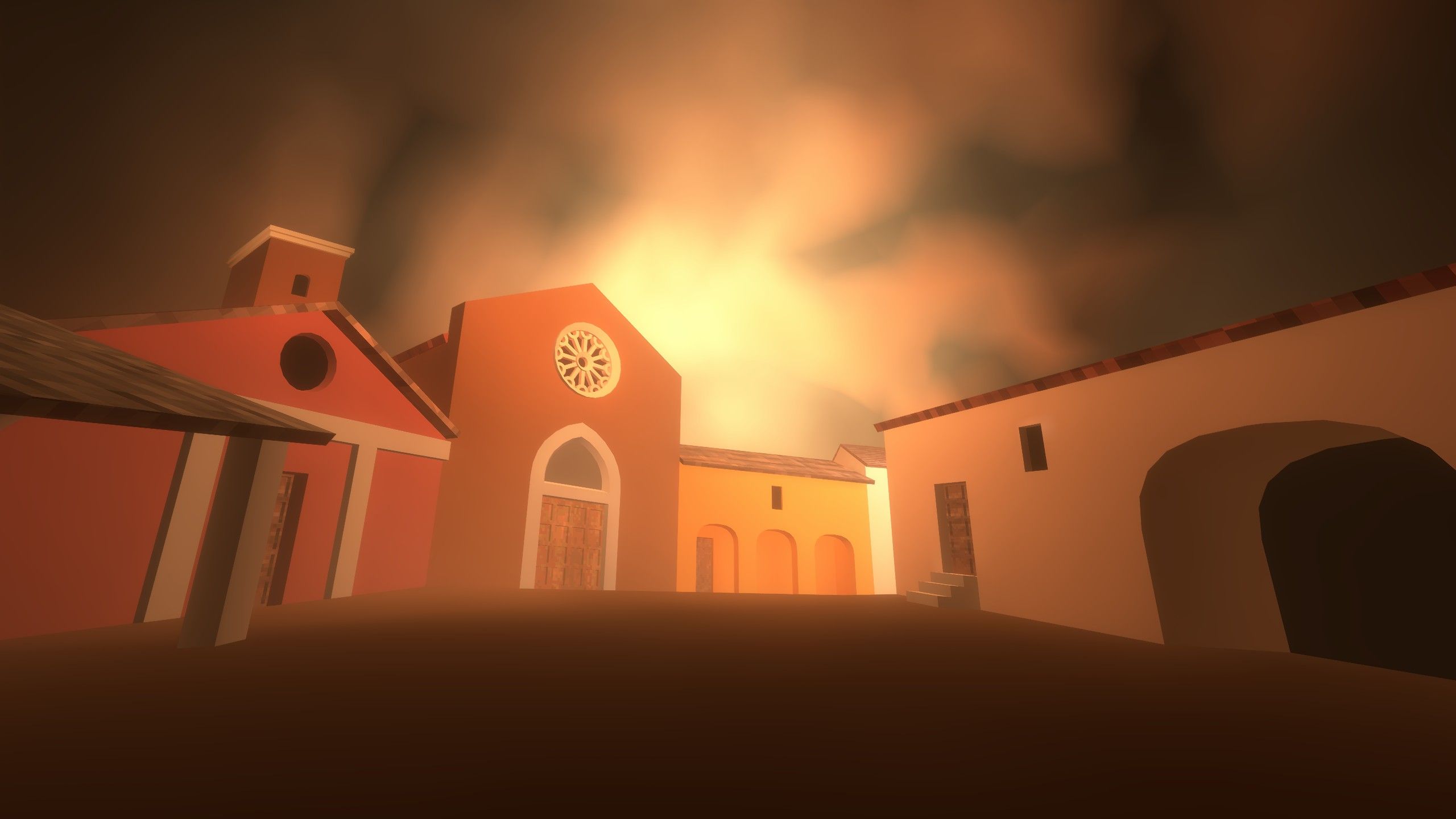 Other times you’re fully disembodied. Floating through spaces, entering cracked open windows like Wendy from Peter Pan. It feels like you’re haunting a place, that you’re the (barely) personified manifestation of someone’s own act of remembering. Objects are only half-there.

Places even farther out of memory, seem like they have been subject to a game of mesh-decimation telephone. Places are rendered in an almost comically simple style - there’s barely anything left here, only the shape of once was, situated on a small island of thought and lacking context or detail. 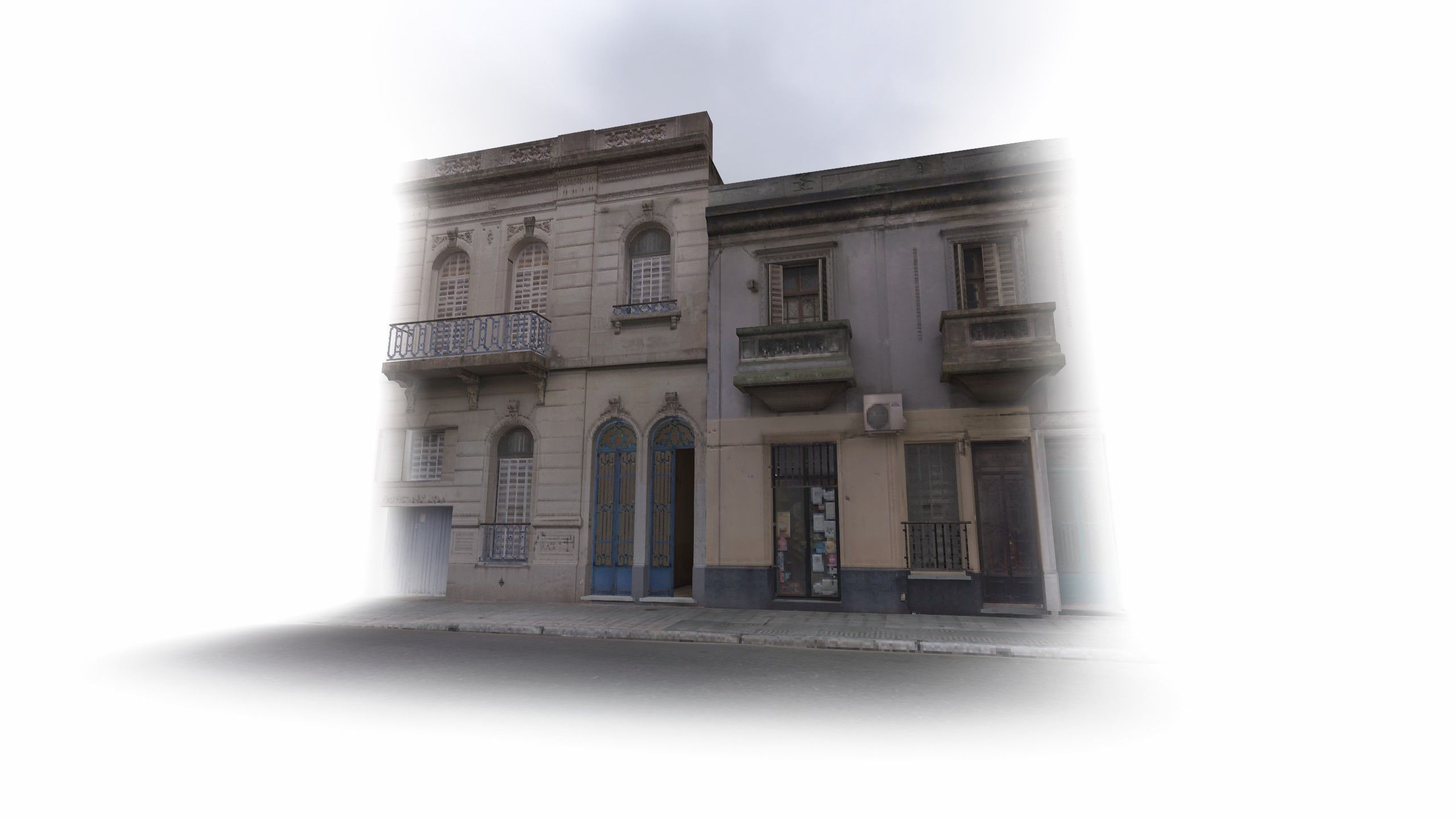 What can we remember? Before one scene, the narrator states that, due to his inability to take in anything new, most of his time is occupied with remembering. Each day is deliberately clinging and reconstructing a memory, and choosing what to forget in pursuit of that process.

Promesa perfectly balances this tension, of memory and its own transience. It’s an outstanding game in a year whose cultural memory is already being written and overwritten with each passing day. What will we remember of this year? What will we choose to forget? What will it look like?

Buy Promesa on Steam or Itch.io

A final note: I couldn’t find out where to put this in the above piece, but one really wonderful thing Promesa does is that it treats the nature of leaving and returning to the same location as thematically different concepts. Games are so often about leaving — going on a journey, moving from location to location in pursuit of goals, that the idea of “returning”, especially when paired with a thematicaly meaningful departure, is largely unexamined territory. Promesa sketches out what this could look like, and I can’t wait to see the developers pursure this more in the future.

Announcing Depot Depot, the structured data editor for VS Code, is available now!