A History of Civilization Beyond Sid Meier's Memoir

Extra reading and listening for people who want to know more about the history of *Civilization* December 5, 2020 Games

With the Sid Meier’s recently released memoir, there’s been a raft of discussion about Civilization and its legacy in the discourse. Because strategy games have generally fallen out of the gaming press’ eye over the past decade, these discussion tend to happen in more specific and specalized corners of the internet. But as someone with an ongoing interest in strategy games, I’ve been keeping up with a lot of the discussion here and wanted to consolidate some resources on the topic for your own persual!

One primary reason for doing so is that, though Meier’s memoir positions itself (partly) as something of a definitive telling of the development and subsequent “future” of Civilization, it is in fact incredibly breezy and declines to go into much detail.

Luckily we have the internet to fill in the gaps, and many of the people who were involved in Civilization are still alive to talk about its development and all the happenings before, during, and after it. So, if you’re really interested in Civilization and want to know more about the people that oribted the project and what has happened since, read on!

What follows is a collection of resources around the development of legacy of Civilization, organized in their suggested reading/listening order, though feel free to look at them in whatever order you like! This list is also by no means comprehensive and doesn’t inted to be, but is instead things I found useful or interesting when considering the legacy of strategy games that starts with Civ. 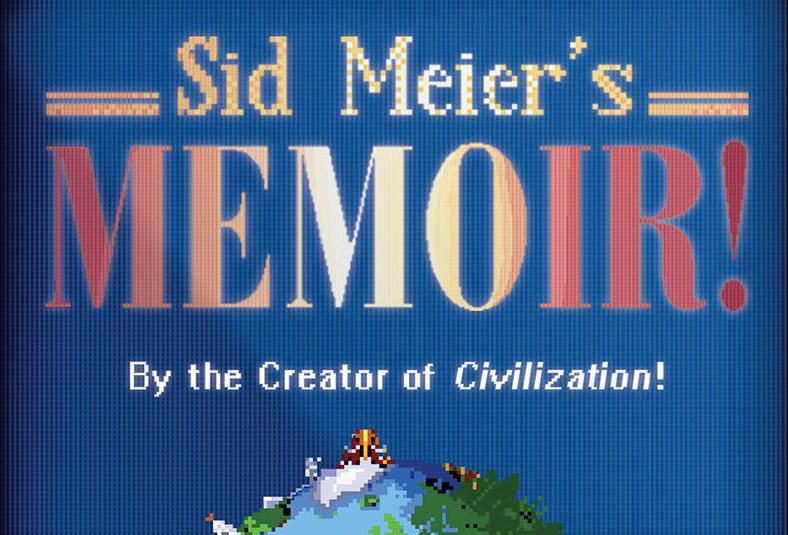 I recommend reading this first, as it represents probably the highest level overview of Meier’s career from his own mouth. That said, his mouth seems to get distracted easily, and much of the book is filled with diatribes and asides that aren’t so much about the things he creates as much as they are about his life more generally. The framing of the chapters around the games he created or worked on during that period, by about halfway through the book, become nominal at best, with him barely talking about games at all as the book goes on.

That said, the book is close to being first-of-a-kid — a proper memoir written by a prolific game developer.

The strategy game podcast Three Moves Ahead dedicated an entire episode to talking about the memoir. I recommend this as it offers a critical take on the book, due in part to the people on the show having an equally comprehensive knowledge of the timeframe the book discusses.

Especially important is that they talk about both what it includes as well as what it omits, complete with two guests, Soren Johnson and Johan Andersson, who are probably the best people to talk on that subject. Soren, who worked directly with Sid at Firaxis and went on to develop Civilization IV, provides more color and close readings of what Sid talks about in the book and offers his own recounting of some of the events he discusses.

Johan works at Paradox, and is the closest thing we have to a “modern Sid Meier” in that he works at the unabashedly strategy-games-making studio Paradox as a designer on large grand strategy titles, the heir-apparent to the design model established by Civilization. 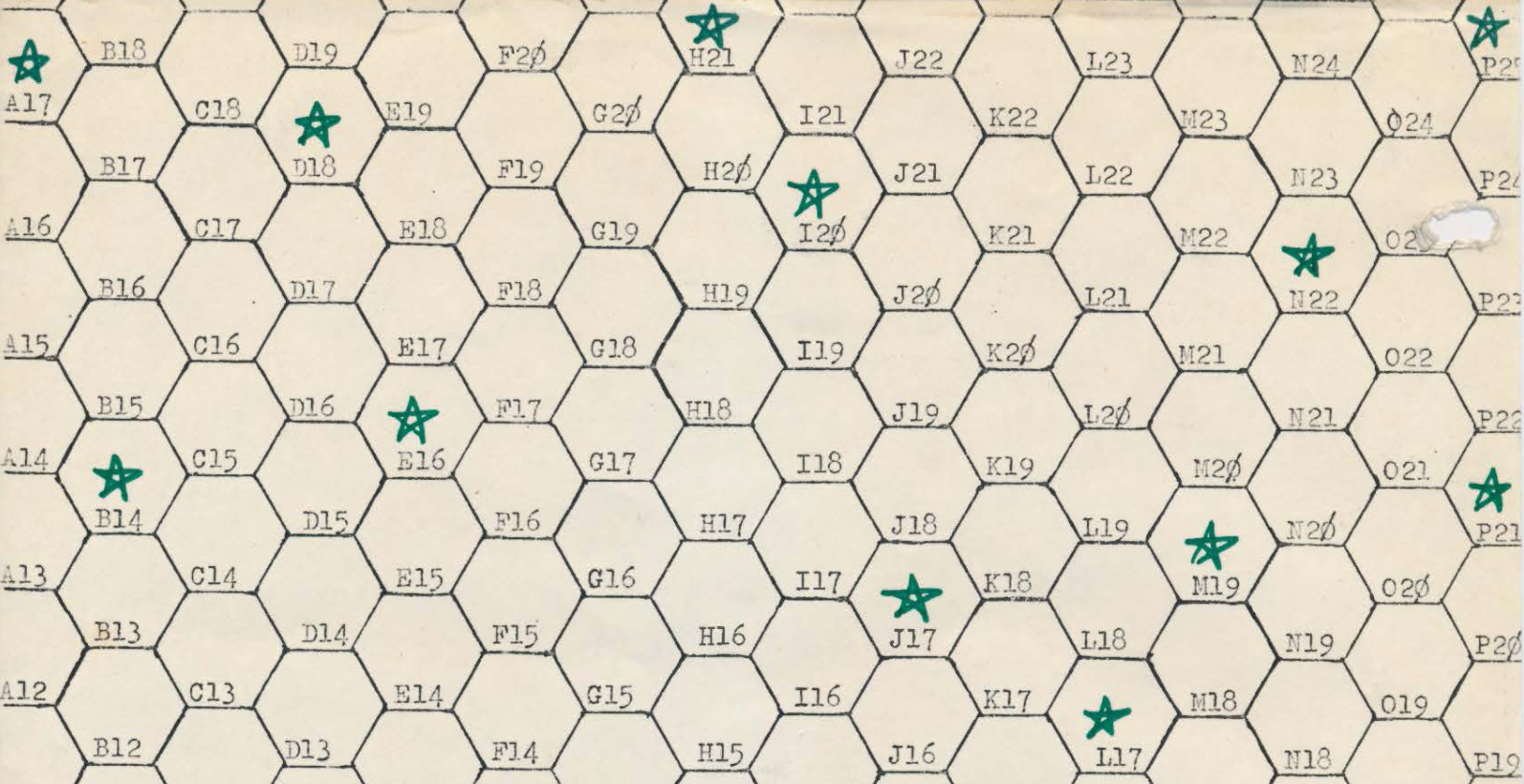 Taking a small step back in history now. The game history journal ROMChip wrote a great piece in its first issue where it talked about “The Material Culture of Early Space Empire Games.” Meier doesn’t get into this that much when talking about Civilization, but there’s a pretty clear line to be drawn from traditional tabletop wargames, to more “fanastical” setting for wargames like space, to computer wargames, to Civilization.

The piece’s author, Jon Peterson (also author of Playing at the World) gives necessary background here to understand the wider cultural context Civilization was being created in. Obviously someone still has to make the game, but it’s worth considering that Civilization seemed like a very obvious outcome of a certain trajectory in gaming history. Meier even calls this out in his book when he says that other companies at the time were also developing similar “history of the world” games. Civilization was just the one that got it right.

Designer Notes, Soren Johnson’s game history/design podcast, spends about seven hours talking with Sid. Far more enlightening than his actual memoir, and bolstered likely by the friendship Johnson has with Meier, this is an incredibly detailed look at Meier’s career to date and contains a lot of information you won’t hear about anywhere else. Meier still plays coy at times, so we’re never going to get some industry tell-all from him, but, if there is anything like a “definitive” history of Sid Meier, this is it.

I recommend this as I think it does well to fill in a lot of Meier-shaped gaps in the histories up until now. However there are a lot of other holes that luckily get filled out by…

It feels like there is a bit of a Jobs / Wozniak vibe with Meier and Reynolds, respectively. Meier gets all the credit as the designer, with his name on the box and everything, but Reynolds may be the actual genius, working in a template admitedly laid out by Meier but one who’s successes transcend the model. I’m projecting here, but I also really like Alpha Centauri

Reynolds gives a far more candid history of MicroProse and Firaxis here, and paints a much more complicated picture of that time period where it seems like we were incredibly lucky to ever get more than one civilization game.

Reynolds’ story is also crazy because he goes on to design… Frontierville. This interview series also acts as one of the only cultural histories of the game that has become the defacto template for mobile games and who’s cultural legacy likely eclipses that of Civilization.

Soren Johnson hasn’t stopped making games since designing Civilization IV. He was the designer of the economic strategy game Offworld Trading Company and the designer of the recently released re-interpretation of the Civilization formula, Old World. He say down with the Eggplant podcast to talk about Old World generally, but the hosts also take him to task a bit about the legacy of what Civilization-like games represent.

As much as I love the Eggplant show and hosts, it feels a bit like Johnson becomes a bit of a scapegoat for their complaints about the genre, but it also feels like cartharis for a genre who has yet to really reckon with itself and its roots in a meaningful way. In his memoir, Meier even dismisses people who read too much into Civilization as having “too much time on their hands,”

It’s clear we need something better, but neither simply waving it away as Meier does, or condeming it all as Eggplant seems to do, seems to be the answer. However, I do recommend listening to this, as it feels like one of the first times a more general game-playing critical/academic group is critically engaging with a notable creator of a Civilization-style game in a way that doesn’t devolve into rote discussions of mechanics or graphics or game features.

I’m going to round off this piece here, and do so with an article that I think draws a line around a lot of what I’m circling here. Part 1 of the series should be read as well, as it provides some background on the ludo-cultural (I’m sorry) environment that allows Civilization to work.

It’s something that nothing above really talks about, and looks at how we can (and how we did) get to a point where historical games or simulation games can, at the same time:

And how the spectrum of possibility between (1) and (2) has fed the discourse around “strategy games” since their inception. It’s a nice rounding off of all of the ideas brought up above, and as such I think it’s a good place to wrap up this post!

Thanks for reading! Feel free to contact me if you feel like there is something else I should add here!

Opening the Gold Box, Part 3: From Tabletop to Desktop

Another companion to this material that acts as a bit of “glue” between SSI/TSR and MicroProse is another Designer Notes episode, this time with Bruce Geryk interviewing prolific wargame designer and developer Roger Keating. It’s funny how to these people Meier and MicroProse seemed like the hip new kids, when now we regard them as staunch traditionalists.